It's been a while

What a week has passed! "Busy, busy shockingly busy! You've no idea what I've had to do!"
We had people over for dinner a couple of nights, I did sound for a wedding, planned my birthday gathering, we went to a Kortright for the Green Energy Home Show, I produced last Sunday's services, Paul got a migraine, I crashed with exhaustion and had some girlfriends over last night for a birthday party. Along the way, I got a couple of cute pics. 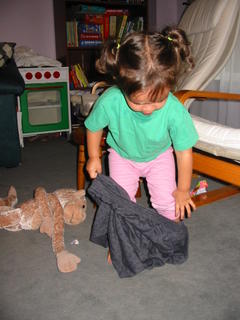 Somebody didn't put away his sleeping clothes. Of course, that means Emily has to try them on. 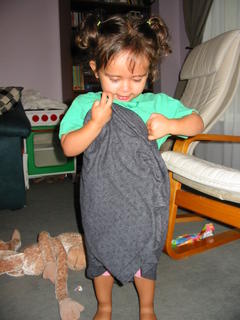 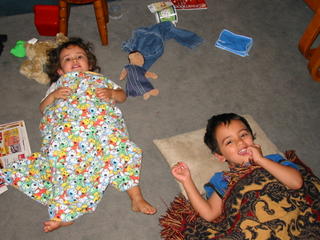 They said they were sleeping. Do they look like they are sleeping, to you? 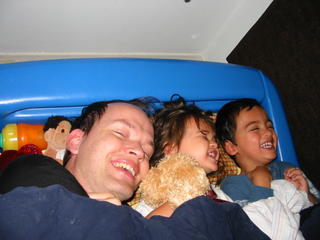 
Hmmm. Do you see a theme? Mommy and Daddy wishes it were closer to reality. "Sleeping, sleeping, we rather be sleeping. You've some idea how tired we are!"

great post Amy-lou! :) i love it ! ha.
you guys are awesome , thank you for the fun girls night!
byebye.